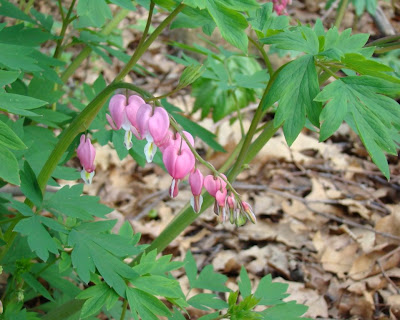 It’s been a busy morning for the animals around the cabin. I can go some time, days certainly, without any really unusual sightings and then suddenly in an hour or less, I’ll have several good sightings. When that happens, I always get suspicious. Is the weather about to change? Is there some kind of threat nearby to move the animals from their normal haunts?

This morning my suspicious nature needn’t be awakened. My first sighting was of a Cooper’s hawk, likely one of the many migrants passing through right now. It was sitting on a low bush, surrounded by screaming blue jays, all outraged by its presence. I suspect the bird roosted here over night and will be prompted to keep moving north by the jays, if nothing else.

I also saw a red fox dash in front of me this morning. I don’t think it was one of my regular pair of foxes, though this one was also a beauty. This fox was large and healthy-looking and appeared to be all red with no black points at all. Red foxes are somewhat variable in their shades of red. Some are bright red. This one seemed to me to be a sandier red than is average.

The forest around the cabin continues its riot of blooming. My bleeding heart bush is another that has started its annual round of blooms. The plant is native to Pennsylvania, but this is a bush I planted 3-4 years ago. Each year the bush grows larger, and it blooms for some time, though by August the bush will have withered and turned to yellow. For some reason, I always worry that it’s not going to make it to the next year, but so far it always has.
Posted by Carolyn H at 9:54 AM

Beautiful! One of my favorite flowers. It sounds like a wonderful morning.