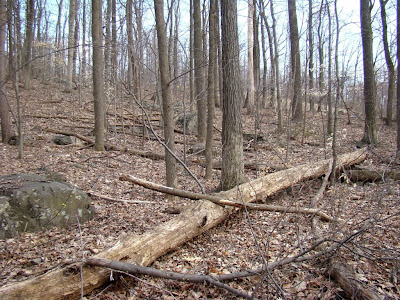 Yesterday was a big day for spring migration around my cabin. You won’t find that surprising after I tell you that it’s been grey and gloomy for the 8 days before yesterday and today is already grey and gloomy ahead of storms that will hit later on. Yesterday, however, was spectacular—perfectly clear and warm with little breeze but what there was of that came from the south. In other words, it was really prime for migration, the single good migration day sandwiched between overcast, foggy, rainy or stormy days.

So yesterday evening, I decided to take advantage of the good weather to see what I could. I grabbed a chair and parked myself with my binoculars out in the driveway and just sat. It didn’t take long. First, three red-tailed hawks circled over the trees, screaming at each other but looking content enough as they kettled in the thermals. Then I saw a pair of cormorants, soaring not flapping, which I don’t think I’ve ever seen them do before. They were quite beautiful, and not that high. I had to look several times to convince myself they really were cormorants because of the soaring flight pattern, but I was convinced.

Two birds I wished I didn’t see also made an appearance—a pair of brown-headed cowbirds. These birds don’t build their own nests, they just lay their large eggs in the nests of other, smaller birds, and the true offspring of those nesting songbirds usually end up dead—pushed out of the nest by the large baby cowbirds.

For a while I was joined by a ruby-crowned kinglet, another first for the year. This bird plied the low branches that line the driveway and seemed quite unconcerned that I was nearby, even when it was only 6-10 feet away. Last year my first sighting of this species was April 14, so its timing this year is on schedule.

It was a lovely evening, one to be savored, as it will be a while before the weather cooperates like that again.

My photo today is part of my spring experiment of tracking how vegetation takes over once winter ends. It’s been two weeks now since my original photo. So far, the forest doesn’t yet look very spring-like, except for two things. On the left, which might not be visible in the smaller size of this photo, I can see a few green buds on the shoots of a shrub and the moss on the rocks is definitely greener than at first.
Posted by Carolyn H at 9:06 AM

We've had a few hawks and a pair of eagles around lately. We watched the crows harass the eagle one day while the blackbirds swooped around in support. There is usually some agitated birds dive bombing the hawks as well.

A hate to say, the forest doesn't look too different in two weeks. But it's amazing how suddenly things can change.

Whilst walking in our grassland these last few days I've notice a lot of Silver Weed shoots coming up, grass is starting to turn green and there are other little green leaves just poking through but I don't know what they are .... yet. I've even seen some clover leaves starting to perk up near the wood line. In the woods, the mosses and lichens are starting to green up ... where the snow is melted. The Kinnikinnick is always green.

It will soon be green and full of life :)

Migrants are certainly starting to pass through. How exciting! As far as Cowbirds are concerned, I'm a bit of an apologist. Their nesting behavior is part of nature's plan. It is we humans who have spoiled things by fragmenting the forest providing the Cowbirds with way more opportunity than nature intended.
Vern

Cicero and Mel: No, my forest had't changed too much in 2 weeks, but I think it's changed in the past 48 hours. It sprouted some on Saturday but this morning I had frost again, so that might slow it down for the moment.

Pa-birder: I hear you about cowbirds, and I sure wish people hadn't messed up nature to the point where cowbirds have profited so much. I doubt that humans are going to let roads and clearings grow over again anytime soon, though.