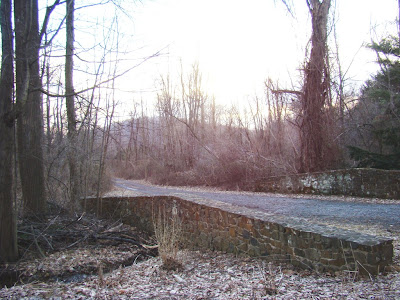 Spring continues to push forward, a little bit more each day. This morning I heard red-winged blackbirds on the mountain. The robins are singing up a storm, too. Another two huge flocks of Canada geese honked over the cabin on their way north. It is early in the month for signs of spring to be so evident. Perhaps that is why the I’m noticing a few oddities around spring’s arrival. For example, the more typical pattern of Canada goose migration is to see dozens of flocks heading north within the space of just a day or two. This week, I have seen or heard a flock or two or no more than three each day on their northward flight. The flight isn’t as bunched into a day or two as it usually is.

In a normal year, once it gets cold, it stays cold, and waterfowl are forced to move ever further southward to find open water and food. This year, winter’s cold spells didn’t last as long as usual before a warm day or two broke the cold. As a result, the ice never got too thick, in some spots the water never entirely froze shut, especially if it had any flow at all or was in a spot where waterfowl congregated. Likely, the geese short-hopped their way around as the weather warmed or cooled. They had a lot of choices for where they would find open water.

In some years the geese congregate by the tens, if not the hundreds of thousands, in just a few spots, and most of them head north at the same time. One flock takes off, the others see that happen and before you know it, the second and third and fourth flocks are in the air too. This year the geese were not forced to bunch up at just a few sites with open water and so are spread out all over the place. As a result, they are spread out all over the place during their flights north, too. They may well be forced to bunch up somewhere north of me and wait for break-up, but not here.
Posted by Carolyn H at 10:41 AM

You are right, sometimes geese are forced to bunch up. Sadly, many people choose to hunt geese to limit their population, because there are so many. Everyone should know that there are environmentally green and animal friendly ways to deter geese away from homes and businesses. That way the geese can naturally find space where they don't have to bunch up, or be in the line of fire.

Most of our resident geese stick around as long as they can find grass to eat. With the steady snowcover the early part of this year, there weren't any geese around. Now that the snow has melted, despite the ponds/lakes still being frozen, the geese are back by the dozen.

Speaking about geese, sadly, I witnessed three geese frozen to death on a half frozen lake. Two were side by side and the other a few feet away. Do you have any idea why this was? Why don't they stay south until it's warm enough to come north? Do you think they just arrived too early and couldn't take it?
Thanks,
Chris

Chris: yours is an unusual sight, but I'd be willing to bet your geese didn't freeze to death. I'm pretty sure they died and then their bodies froze. But 3 geese dying side by side is unusual. Perhaps they were poisoned by something--lawn chemicals in the grass they were eating, possibly?

Chicagolady: Geese will stick here, too, as long as there is grass and/or corn to munch on. But they do see to prefer areas near some open water--farm ponds, a flowing river, etc.

Spring is just starting to arrive here, too. Our geese are starting to move, in the characteristic flocks you describe. I'm looking forward to spring, so these observations are all welcome sights.

Seabrooke: thanks for the tag! i'm going to think about this one for a while before I do anything.