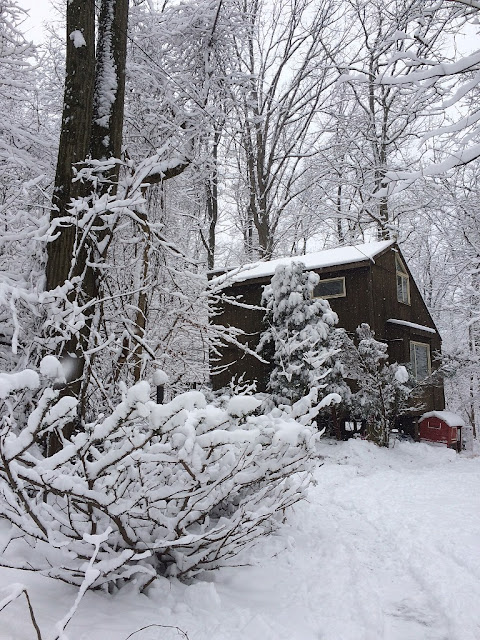 Isn’t it amazing how snow can transform the look of a landscape?  Even though I’ve lived at the cabin for more than 20 years now, the forest around me looks like an entirely different place when it’s covered with snow.  Yes, I know all about the downside of snow—the constant shoveling, the dicey driving, the sore muscles that follow the constant shoveling.  And yet, looking at the forest covered in snow never fails to inspire me.  I wish more of the year was snow-covered. 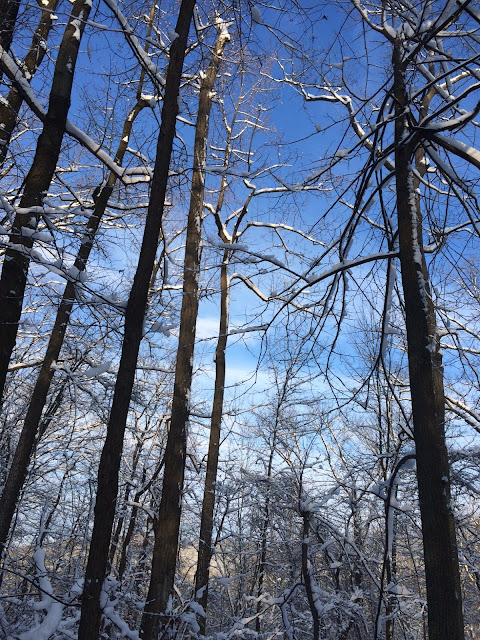 So far this winter, I’ve had a few days with just a trace of snow—that’s not really enough to make me appreciate it.  Then I had the 31” storm that was nearly melted a week later.  Now, I’ve added another 6-7 inches of snow-cover.  This one is likely to stay on the ground for a while, as temperatures are to plummet for the next 4-5 days. 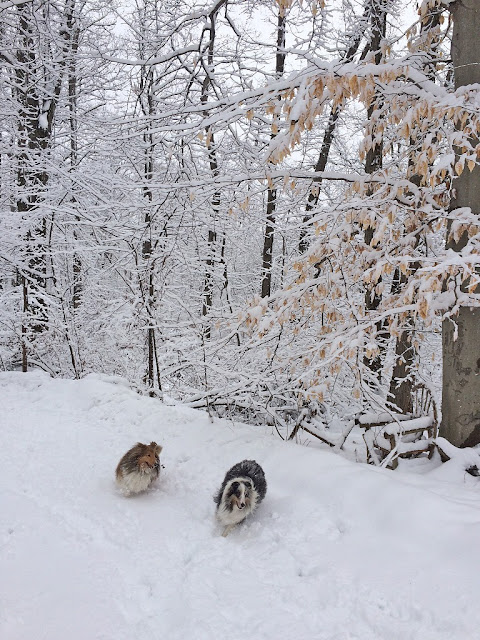 Unlike the blizzard, which was as powdery and lightweight as a feather, this was a heavier snow that even in a rather stiff breeze is sticking to the trees, which only adds to the beauty of the winter forest.
Posted by Carolyn H at 3:22 PM