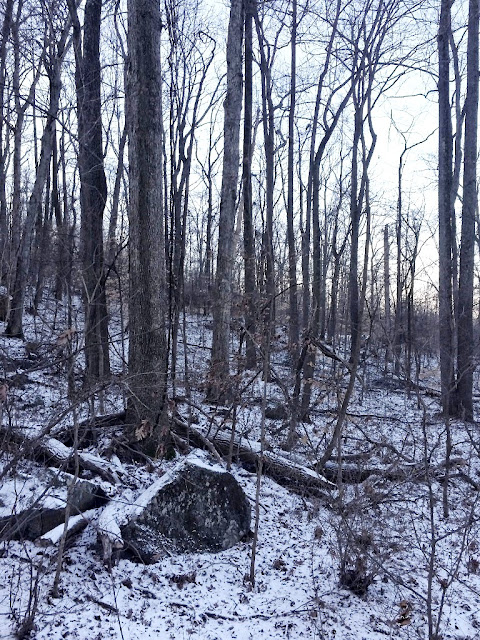 Finally, Roundtop sees a measurable snow, if barely.  The snow blew through at dusk yesterday, accompanied by a vicious wind that made me glad I was inside the cabin in front of the fireplace.  Today, the wind is abating and no longer howls, but at 12 degrees, it doesn’t take much wind to feel bitter cold. 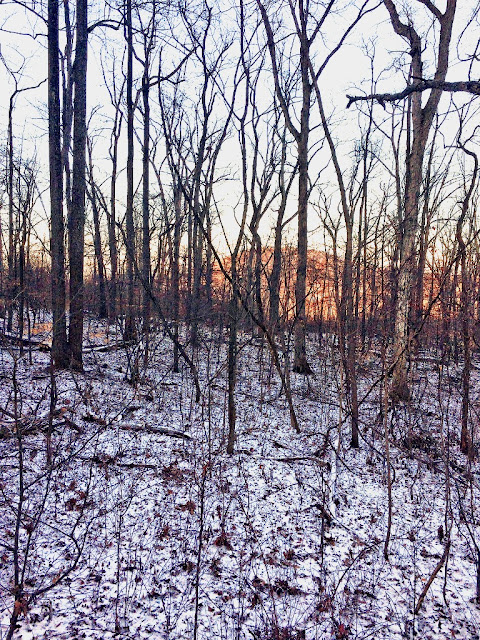 Today, all the birds are feeding heavily, emptying several of my feeders before noon.  And that’s without help from the chickens, who remained in their coop, unwilling to emerge, until after noon.  The wild birds don’t have that option, of course.  The number of them at the feeders today is causing an unusual amount of disagreements.  The white-breasted nuthatch don’t like each other and when they are not feeding, they are trying to chase each other away.  The juncos have something against both the titmice and chickadees and will force both of those species from the platform.  They simply don’t want to share.  For the first time I’ve had 5 Carolina chickadees at the feeders at the same time.  Until today I thought I only had 4 regular visitors.


Oddly, even in this cold I’ve seen a few robins this morning, though one was sitting in the middle of the road as I drove off the mountain and only flew reluctantly.  Still, their cousins, the eastern bluebirds were singing this morning, so they are apparently getting by well enough.  It does, finally, feel (very much so) like winter, but after the warmth in December, it’s well past time for the season to appear in earnest.

So wait! You drove off the mountain and flew, but only reluctantly?